It’s amazing. I can come up with an excuse that would be completely understandable to my friends in the US. Like, “I had a ton of work for the next day and I needed to study.” If I try that excuse in my community people give the half nod that means something like, “Right, you just didn’t want to come. Lame.” Conversely, I can simply say, “I needed to wash my clothes. It’s been raining lately, so it’s been hard to wash them.” People will nod understandingly. No questions asked. Done. I didn’t come because I had to wash my clothes. Obviously. I had to take advantage of the sun.

As for cleaning the house. I’m a woman, after all. I couldn’t let my house be dirty, right? What would that say about my womanhood? Done. I didn’t visit because my house had to be cleaned that instant.

The excuse that I didn’t go because I didn’t have the energy is the hardest for me. I get the clothes washing. I wash clothes by hand. It’s a chore, and if it rains clothes don’t dry well. The sun is a valid concern. I also get the house cleaning bit. I might not agree with it, but the house is the women’s domain in Paraguay. Women in Paraguay are very proud of how they keep their homes, and to fail on that front would make people judge me. I do what I can to keep my house almost up to Paraguayan standards. However, I do fail on the lawn sweeping and spider web reduction parts of the job. But, what exactly does it mean to not have energy to do something? Isn’t that the same as just being lazy and lame?

No, it is not, according to Paraguay. It’s a polite reason not to go. Sometimes it has nothing to do with being lazy. Maybe it was raining. Maybe it was too hot. Maybe the terere I was drinking was simply too good to leave.

Culture. It permeates everything. Even the excuses we use to get out of things.

Culture shock and disparities between host country and US culture are popular topics in Peace Corps training and volunteer stories. But, less talked about, is the diversity of Peace Corps volunteers themselves.

We volunteers come from all parts of the US. We have unique life experiences, reasons for joining Peace Corps, and life goals. We are in no sense homogeneous after you discount the fact that we are all US citizens. Our diversity is often overlooked, and by more parties that you might expect.

It’s not surprising that host country nationals might think all Americans are the same. As volunteers, we might be the first person from the US our community members have met. It’s also not entirely shocking that people in the US tend to stereotype volunteers. Most people in the US only know several returned volunteers personally. More surprising, however, is that Peace Corps staff and volunteers also often make the assumption that because all volunteers are from the States we have a lot in common.

Let me give an example. In Paraguay, one common topic in Peace Corps training and subsequent conversations with volunteers is catcalling. Street harassment is something that happens in Paraguay and, depending on where you are, it can be frequent and daily.

What I’ve found fascinating about the numerous powwows to discuss street harassment I’ve experienced with volunteers is how it is discussed as though it is something that does not happen in the States. Catcalling often is brought up as one of those unsavory parts of Paraguayan culture with which one has to deal.

I find this a mystery. Catcalling is not unique to Paraguay or foreign places. It is alive and well in the US too—from boys whistling to men who follow you down the street offering undesired commentary. My sister and I sometimes talked about our street harassment experiences when I still lived in the States: She lives in New York City and I lived in Washington, DC.

Catcalling is something new to many volunteers in Paraguay, and they find it very upsetting. But, for others, like me, who experienced catcalling in the States it is not new and we had strategies to deal with it before coming to Paraguay.

Experience with street harassment is one example of how volunteers are disimilar, but there are many examples. Our variance highlights the vastness and diversity of the US and reminds me that nationality isn’t what makes us similar or different. Nationality is one of many fragments that make up a person; it is not the summary of a person. 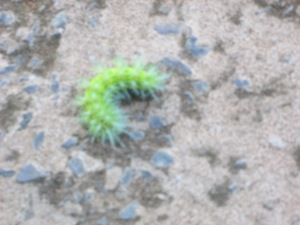 Asunción, the capital city, is the center of Paraguay in almost every sense of the word “center.” Imagine if Washington, DC was the only city in the entire USA with everything you might need. Picture a USA where NYC, Los Angeles, Houston, Chicago, Philadelphia, Boston…all the big cities didn’t exist, or Washington, DC alone filled each’s role.

Let’s say I want to buy a tent, Asics running shoes, peanut butter, a violin, and a good bicycle. Let’s also say I want to go to the movies, go to a sit down restaurant that serves non-Paraguayan cosine, and sleep in a room with air conditioning. I want to withdraw money from an ATM, use wifi, make some calls with my cell phone, and get my Mac computer fixed. On top of that, I need to go see a specialist and get a new government ID. I also want to work for a big company, volunteer at a nonprofit that focuses on girls’ empowerment, and be part of a young professionals’ group. I want do karate and join a book club. Lastly, I like to travel so I want to have access to an airport with flights to other continents and a bus terminal with buses to other parts of Paraguay and to neighboring countries. The only place in Paraguay where ALL those things exist is Asunción. 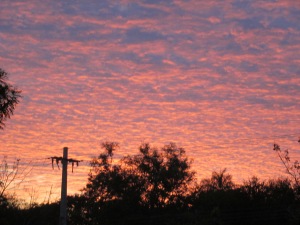 I’ve made it halfway. One year down, one year to go. But, don’t think of it as a countdown. When the day comes to leave Paraguay my feelings will be ambiguous at best.

April 11 was the midpoint of my Peace Corps service. I feel accomplished; like I did the hour I escaped high school, the minute I graduated college, and the instant I finished my first marathon.

We do a lot of things in life. Some of those things are pretty kick-ass and some are down right boring. But, we all have landmark moments. Those moments when we feel like we’re getting somewhere. That our lives might have meaning. That what we are doing is good. That we are moving in the right direction. That we are capable.

That’s how I feel, still in the glow of my one-year mark. I’m in a good spot. I’ve had successes and I still have work to do. I’ve taken the bull by the horns, so to speak, in tackling Paraguay, my Peace Corps work, and myself. I’d say, of all those projects, self-improvement has been the most extensive, difficult, and rewarding of all. I give myself a lot of pep talks. I think a lot about who I am—my strengths and weaknesses. The Peace Corps makes you confront yourself. Plopping down to work in another country shoves your shortcomings in your face. You lack language. Relationships take unexpected forms. Work is different. Getting around is hard. There are hours alone. It’s challenging to talk to friends and family still in the States. You have to build a completely new life—activities, friends, places…foods.

Not everyone is given the opportunity to take 2 years to cultivate the best person she can be. The rat race, the hyperactive, the go-getter, the conquer-all-be-“successful”-ASAP-don’t-think-just-do-it realities don’t leave much time for reflection. It’s hard to ponder when you’re always on the run. When there’s hardly time to sleep. I came from the rate race, and I’ll probably return to it when all is said and done. But, I like to think that after Paraguay I’ll never completely get lost in the scramble. I’ll always be type A, but I now know there’s many ways to be one.

One year in site. What a trip. I’ve learned so much. I’m happy to muddle through the low points and soar through the high ones. I know in a blink it will all be over. Like a dream. Paraguay. Shit, that’s a place I call home.

I’ve been thinking a lot about learning environments recently, and specifically how learning is significantly imperiled by each additional student you add to a class after 15. In my experience, 15 students is a golden number. Fifteen students is just enough to create some diversity of opinion, but not so big that students can easily hide from participating.

Before I started teaching in Paraguay, I was aware of the class-size discussion. Student to teacher ratio was something my parents sometimes discussed. It was something I was told to look at when picking a university. A low ratio of students to faculty members was something I touted when I helped recruit for my college. But, now that I’ve taught myself, I have a better understanding of why it is important to keep a balance between teachers and students.

Here are some of the differences between my classes that have around 15 students and my classes of around 30 students:

There are a lot of elements that go into making an environment optimal for learning. There are a lot of factors that make a teacher effective or ineffective. But, the short and long of it is that if the structure of the classroom itself is set up to falter, even the greatest teachers and the most studious students are at a disadvantage. I’m not saying that all students who are part of a large class aren’t learning. I’m saying that they deserve better. Ensuring that classes are an optimal size shouldn’t be debated. It should be an integral part of education infrastructure no matter where a kid goes to school.

Semana Santa is what Paraguayans call the week leading up to Easter. School stops on Tuesday, and most people get off work before mid-day on Wednesday. Families share a last supper on Thursday and every night there is a religious celebration of some kind—not everyone goes. The TV is filled with depictions of Jesus’ death and resurrection. The gory details are not spared.

The chipa tradition is neat because it is unique to Paraguay. The idea is that every family makes their own chipa, and as families visit each other on Friday and Saturday they exchange chipa. As I got ready for Semana Santa, my friends explained that people take chipa less seriously than they once did. Many people buy chipa these days, and most people eat other things (though they do avoid meat).

I made around 500 hundred chipa on the Tuesday and Wednesday of Semana Santa. Several of the señoras I visit most are part of a baking cooperative. I helped them make chipa for their clients, and also helped various community members who used the cooperative oven make their chipa.

Making chipa is a strenuous process. First, you whip raw animal fat, vegetable fat, or maybe butter with your hands until it is smooth, then you mix in all the other ingredients. You mix everything with your hands, and by the end the dough is crumbly. From that point, you knead the dough until it is the consistency of putty. From there, you shape each individual chipa.

I like chipa making, especially for Semana Santa, because it brings the women of the community together.